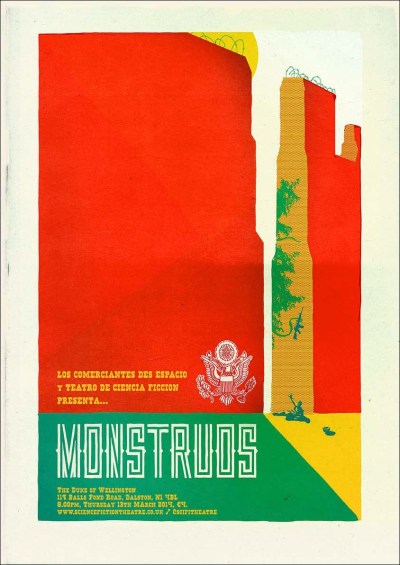 Six years ago, a NASA probe holding samples of alien life crashed over Central America. Soon after, new lifeforms appeared and half of Mexico has been quarantined as an ‘infected zone’ ever since. Now, as American and Mexican armies struggle to contain the ‘creatures’, press photographer Andrew Kaulder (Scoot McNairy) finds himself escorting his boss’s daughter Samantha Wynden (Whitney Able) through the infected zone to the US border…

“As a film it’s a couple of notches shy of a masterpiece, but as an achievement it’s completely without precedent”
-Total Film

“An amazing achievement for a ‘first-time’ filmmaker, which measures up to the finest indies for performance and character-work, and the biggest blockbusters for jaw-dropping effects”
-Empire

“It’s a gorgeous and unsettling ride, a road movie about an almost-romance, with the threat of the unknown hanging in the air, and an ending, both beautiful and elegantly scary, that sends shivers down the spine”
-Daily Telegraph