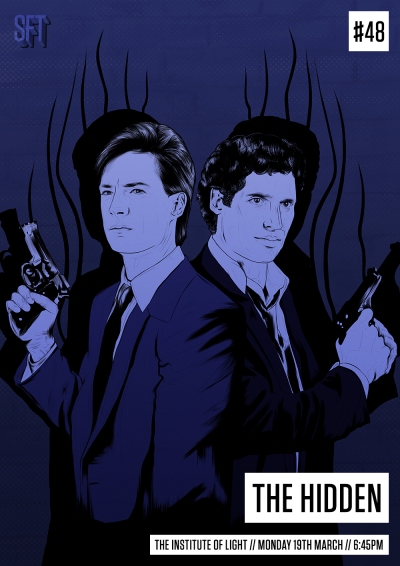 Los Angeles police detective Tom Beck (Michael Nouri) is dumbfounded when a series of grizzly and unintelligible robberies and murders rock the city. Things only get more bizarre when enigmatic FBI agent Lloyd Gallagher (Kyle MacLachlan) arrives in town and informs him that a demonic alien is taking over the bodies of innocent people and turning them into cold-blooded killers with a predilection for heavy-metal, fast cars, and unimaginable violence…

“Powered by a driving rock score, this is by turns sleek, reckless, and smoothly effective, like a Ferrari with a psycho killer at the wheel”
–Time Out

Before the film, author and critic Tom Huddleston will examine where the film sits in the esteemed canon of inventive and offbeat 80s genre cinema, the career of maverick director Jack Sholder, and the prophetic typecasting of Kyle MacLachlan as an oddball FBI agent two years before the release of Twin Peaks.